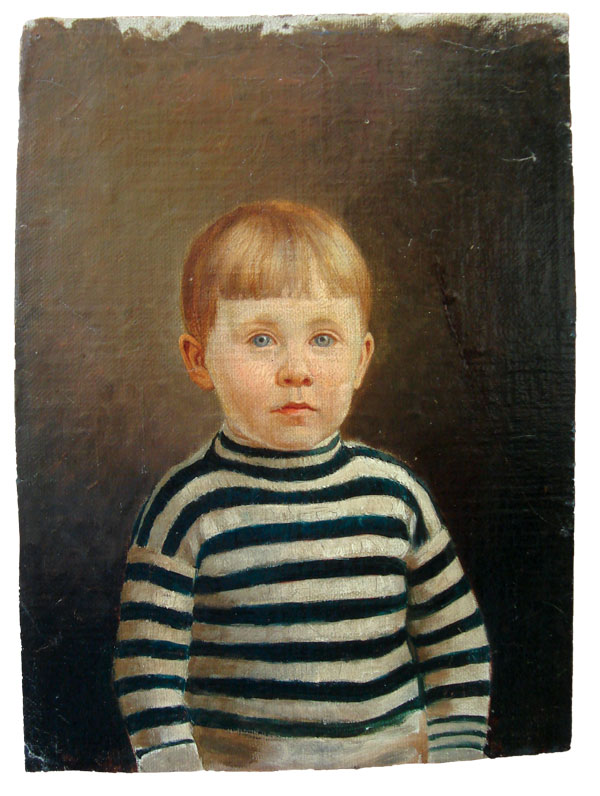 Late summer and autumn are the happiest seasons for me, perhaps because I was born in October. I think all these things are very important. When one happens to be born. And at what time and where. There’s only one place to be born and that is in Amsterdam.

I remember the Albert Cuyp Straat as something very boring with commonplace architecture. I am amazed at how much I do remember. For instance my first walk to the Rijksmuseum and not knowing what it was, peering through huge windows and seeing the ancient flags of Amsterdam. Then going into museums and finding out how the Dutch were victors everywhere. I do vaguely remember seeing marvellous things – for instance a lamp-lit scene by Gerard Dou.

As a child I made visits to Zandvoort, and the sea just put the wind up me. My memories are not at all of this summer holiday effect that most children are supposed to have, paddling in the sea. I was terrified of its power. Once, walking along a dyke and looking onto rooftops on the other side, I can remember being very frightened about the idea of the sea level – seeing and thinking what it meant and feelingthat in some ways it was a complete illusion.

My feeling for my father by me grew and grew. It became stronger and stronger. And I think it would have done so naturally since he encouraged me. I remember going again and again into the attic in which he worked and being absolutely fascinated being there whilst he painted away. That was the world where I wanted to be.

I remember wanting to be grown up and able to sit on the same sized chair and use the same sized table and palette.  It was agony for me to have to climb onto the table to see the palette and what was on it. And my knees ached because I had to kneel on a chair to draw at the table. One drew all the time.

Certainly when I was eight, although like many another youngster, I had started to paint and draw before then, I knew I wanted to become a painter. 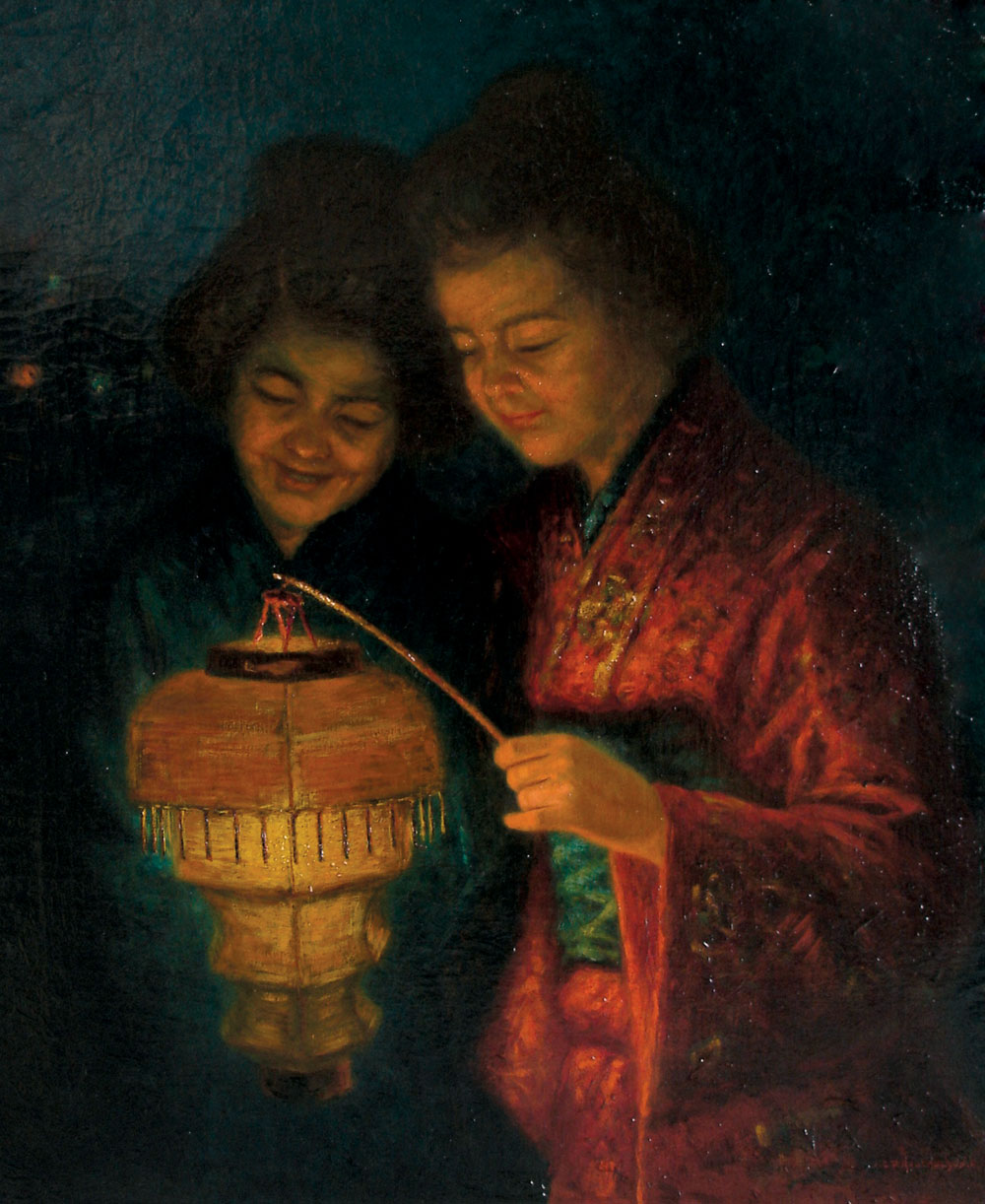 My first drawings were all burnt but I have a fragment of the drawing I was making when this frightful thing happened to my father. It is a burnt fragment of a horse. To me, it seems very symbolic because that horse drawing was the one which my father, before this awful row, had praised in these last words, ‘He does it better than I do’. It is simply frightful to think that this encouragement was the sudden beginning of the sudden end.

I walked out of his room. There was a terrible feeling of tension. This situation where my mother felt that one more painter in the house was too much to bear because of the struggle which, by then, they were having. It was simply because I was the eldest that I saw what happened. The things I know and saw going on. I’m the only one who does remember. Charles was a baby of literally six weeks old. Mama had him in her arms. I remember her. Can you think of this terrible thing happening with a six week baby in her arms?

On my way out I heard agonized cries. I hurried back and saw my father stagger into the bedroom, clutching his head between his hands, roaring ‘My head, my head’. My demented mother followed him, her shoe in her hand. As he lay on the bed he handed her his purse……then my father beckoned to me to go to him and I couldn’t move and I couldn’t speak. Mama was standing at my left, rocking herself to and fro, absolutely demented and beside herself – the only time I’ve seen this is when I’ve looked at the telly and seen some primitive remote islander in a trance.

Think of this poor man who wanted to embrace me and he didn’t even get that. Then he told me that I must look after my Mama and my brothers and my sister. I couldn’t answer him. In my mind I said ‘Yes I will’. But I couldn’t even answer.

I can’t quite remember how one left that scene. I think Mama pushed me out of the room with herself too and then sat down in a chair, still rocking backwards and forwards like a madwoman. By then, I imagine, neighbours must have called. An uncle came in and after that I, Charlotte, John and the baby were taken away. But all that becomes very confused.

This terrible thing that I had witnessed. And afterwards Mama saying that this incident was my fault because Papa had jumped up into the air whilst playing with me and pierced his head on the chandelier base. From that time on, everything was my fault. The very fact that one wanted to draw and paint meant that instead of being the mainstay on whom poor Mama depended, I was only a liability. 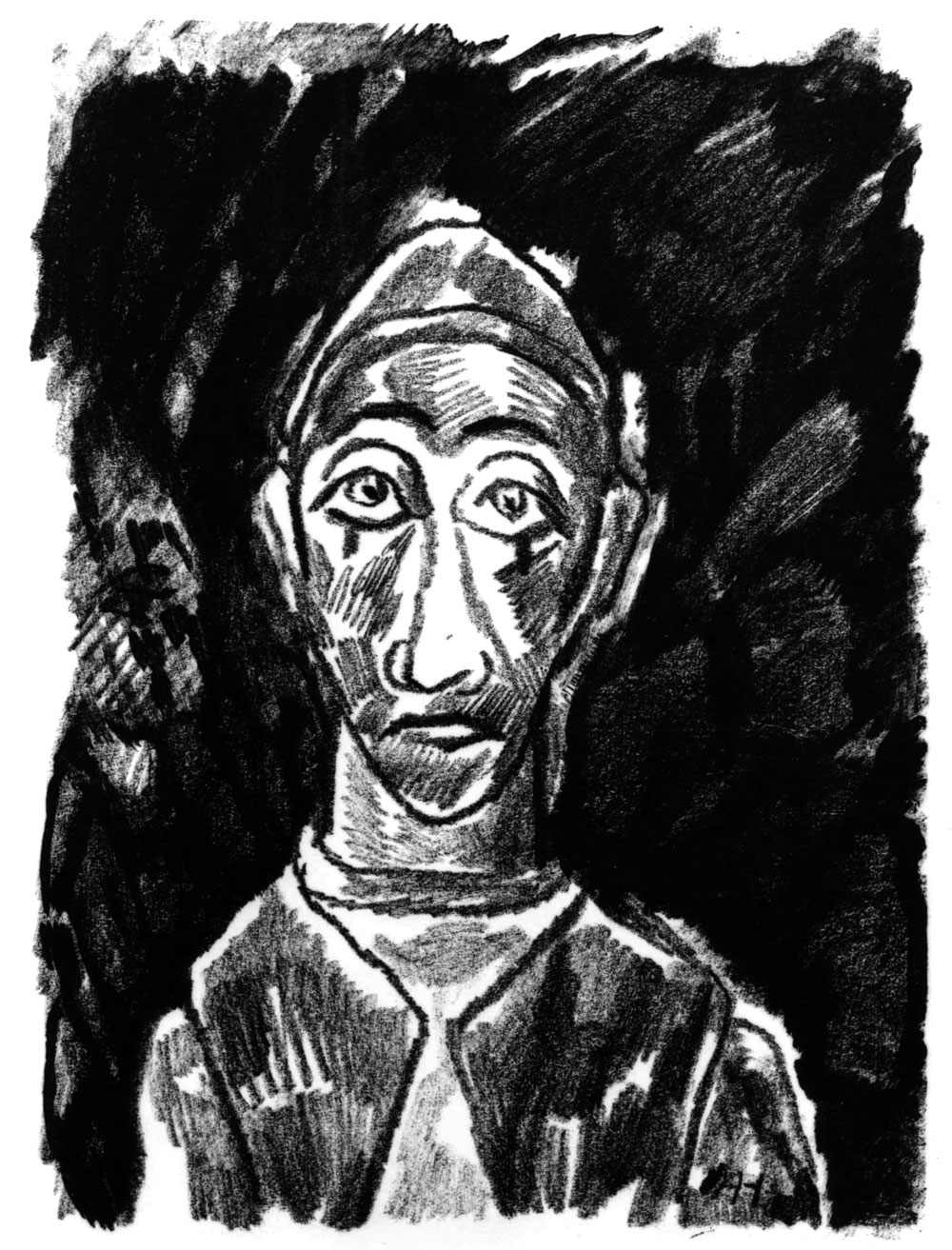 All my life I have heard those terrifying cries of my father. Scarcely a day has passed when this terrible scene has not been re-enacted. It has haunted me all my life.

The break of coming over to London was very tough, but for a child of eight, who suddenly begins living in a strange and foreign town where he can’t even speak the language, everything was also fascinating. I remember the excitement of beginning to travel by train. But what thrilled me was the English landscape. I’d never seen anything so beautiful. At that moment, I didn’t care two pence about leaving that pancake land. As we travelled in the train, looking down and up at the embankments covered with flowers and clumps of trees, suddenly there would be, to me, an enormous hill. A huge rolling landscape. I’d never seen anything so beautiful in my life.

Everything was astoundingly different. My memory was like a slate which had been marked and was being rubbed out. Having this always-to-be-suppressed memory, it’s just as well that one was completely absorbed.

The whole thing was over with an absolute guillotine when I was barely eight. This tragic running away from Amsterdam was really a flight. And through this particular madness of Mama’s, we were not even allowed to speak Dutch in the house. It puzzled me for years. And it has harmed and damaged one’s life terribly.

This is only a child’s drawing and I don’t think, in one way, that it should be taken too seriously. But it’s quite obvious that I had seen something I thought looked like this woman with washing on the water cows standing in the water and that very flat horizon with poplar trees and pollarded willows. Certainly I remember very vividly on one or two occasions – and of course I had no skill to do anything about it – approaching these windmills closely and being amazed at their size. To me, they were gigantic, staggering things.

It’s a Dutch landscape from memory. A rival to Hobbema and Ruysdael. Look out Ruysdael! No, any child going away, leaving its country would make some sketches from memory like that.

When Mama brought us to London, we first stayed with her mother whom I remember as a very charming woman. Once there was a scene between them and suddenly I heard Grandma McFedries accuse mother of killing father. That was frightful for me, but the extraordinary thing is that Charlotte and certainly the boys don’t remember or know anything about it.