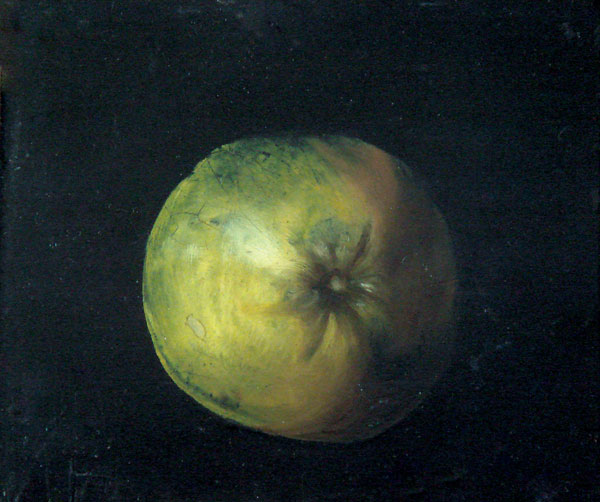 The first paintings I made were on cigar-box lids; and the theme, I suppose, was one of loneliness. They were of monks brooding over skulls and crucifixes in dimly-lit cells – romantic childish notions of men who thought. There were several of them and like many other things, they simply disappeared.

I was given the oil paints by the art master at Fleet Road School. The cigar-boxes were my father’s. And I broke up these mementos of Papa because I had nothing else to paint on. The first survival is this one apple on a black background. I remember thinking as I painted it that if the light was like that and there was another apple behind and another behind that, then the particular intensity of that light would gradually diminish and diminish. And to me, at that time, this was a very exciting discovery. To me now, this little painting is the product of a time that had to be secret and to oneself. 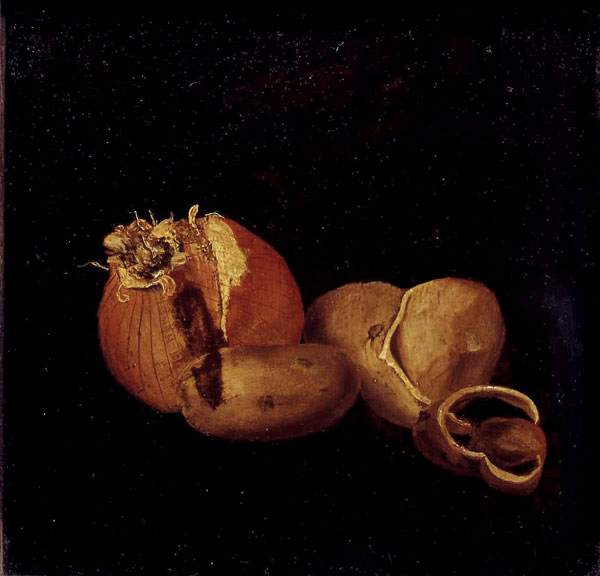 Just as the next one of a couple of potatoes and an onion is also rather a dark secret painting. And in the third picture of a lighted candlestick, I see something secret too. It’s as well they were, because other things that were public in the house were so mauled by idiotic criticism that I myself destroyed many of them. Afterwards, I painted some larger still-lives and other scenes; and a very romantic self-portrait which were all destroyed.

I was absolutely two people. Once I started painting in that little room I led my own true life. All the other was an exasperation. Mama’s constant refrain was ‘Why doesn’t he work for his living’ – her attitude all her life. And she lived to be ninety-two. 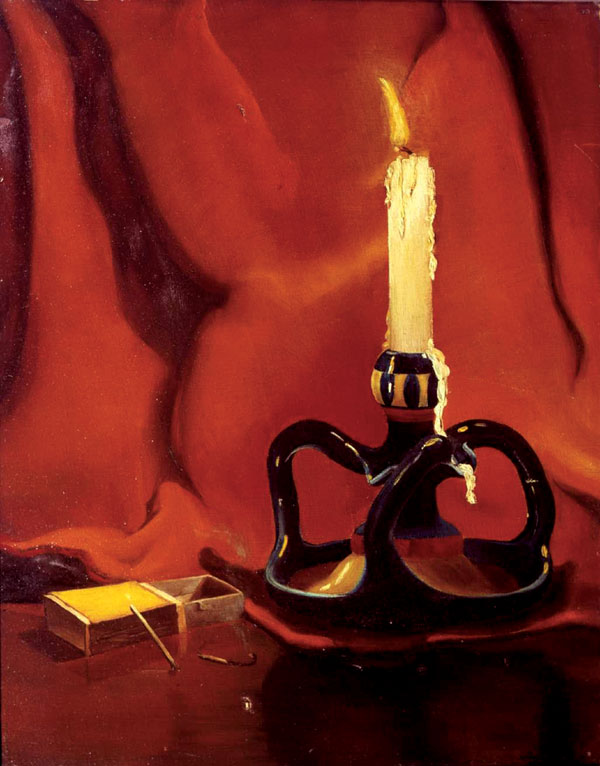 I had, by chance, noticed a board outside the Fleet Road School with an advertisement for evening classes at St Martin’s School of Art. I went along and was told to bring some drawings and, to my intense joy, I was enrolled. I went every night from seven-thirty to nine thirty. And that was my fi rst experience of meeting other youngsters, many very amusing and bright youngsters whom I felt were years in advance of me. Some were as old as twenty and had already had vast experience.

I was already at St Martin’s when I painted this candle. It was very exciting for me to watch what happened to that piece of curtain which I had pinned against the wall when I lit the candle. For me it was a discovery. It’s an empty box and the last match has spluttered out. I remember thinking ‘It is like life’.

I imagine that this and many another picture of mine is influenced, to this day possibly, by what I saw of my father’s work. Papa had this imaginative side. He was fascinated by lanterns lit at night. This room. The isolation of it with the candle and the colour is perhaps something of the same. One doesn’t think about these things at the time. But they’re there all the time, until the end of one’s life.

I showed the candle painting at St Martin’s Sketch Club. The artist who gave the critique on that occasion being a painter called Harold Speed. This was painted very thickly on the canvas; and the class roared with laughter when he said that it was quite obvious that this painter had intended to make the candle-grease real by making it thick. It confounded me at the time because one does certain things quite seriously and then suddenly to hear a roar of laughter is upsetting. That is a vivid memory, that roar of laughter.

Inscribed by Albert on the back of the Candle painting:

The two holes in the canvas were caused by Mother putting her scissors through it – the malicious jabs of a madwoman. I happened to come in at that moment and she stopped immediately. I said nothing but felt profoundly unhappy.

These three still-lives simply happen to be survivals.   And the wonder is that they have survived. 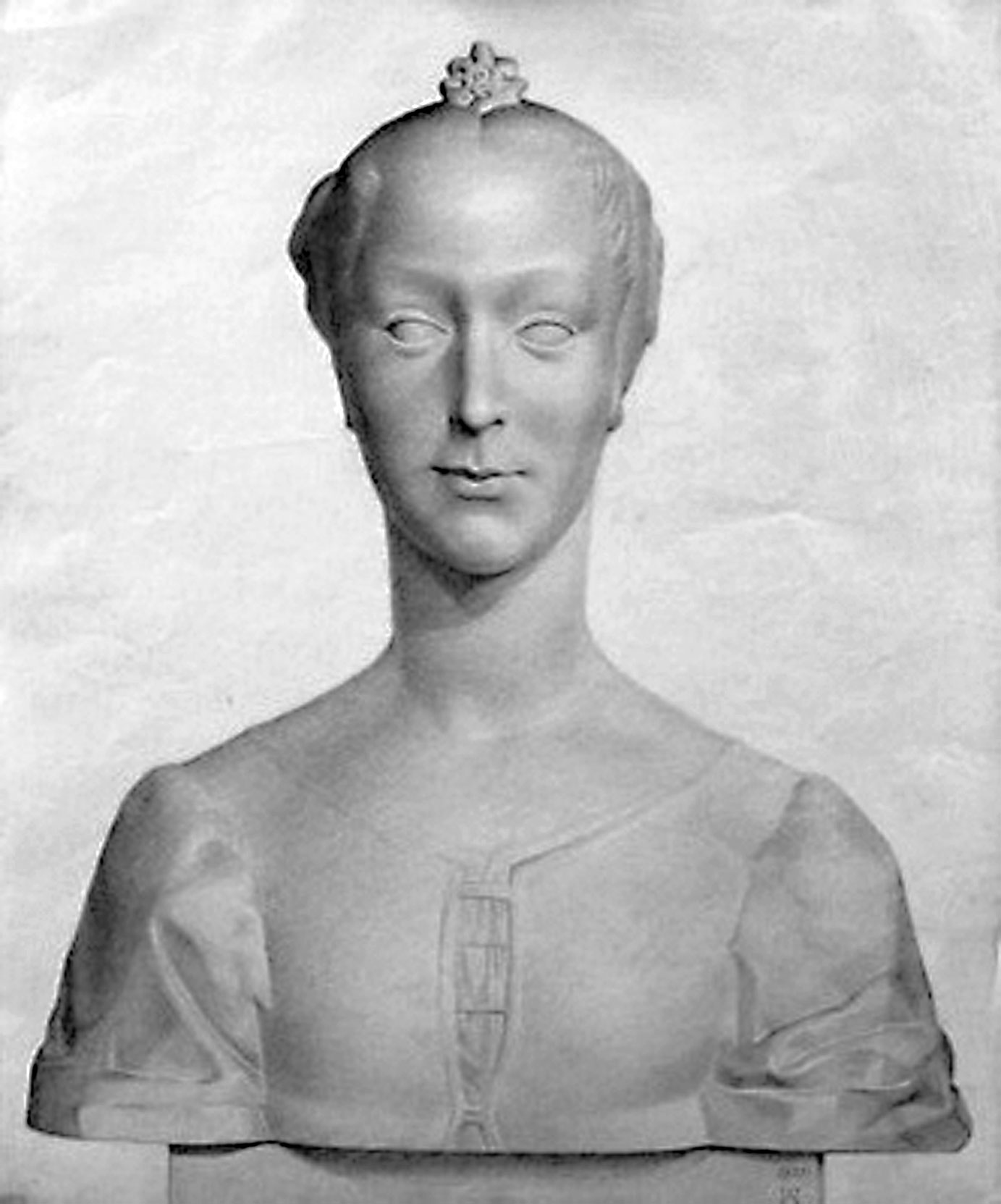 One had first to enter the ‘antique’ class. I think it should have been the other way round with the ‘life’ class fi rst. I shall never forget my first experience of seeing casts of early Greek, Syrian and Italian things. To me, they were an absolute revelation. Many of these drawings were lost. But I have this one drawing of a Florentine bust which enthralled me. It was so beautiful and I remember drawing it during the long, light summer evenings. 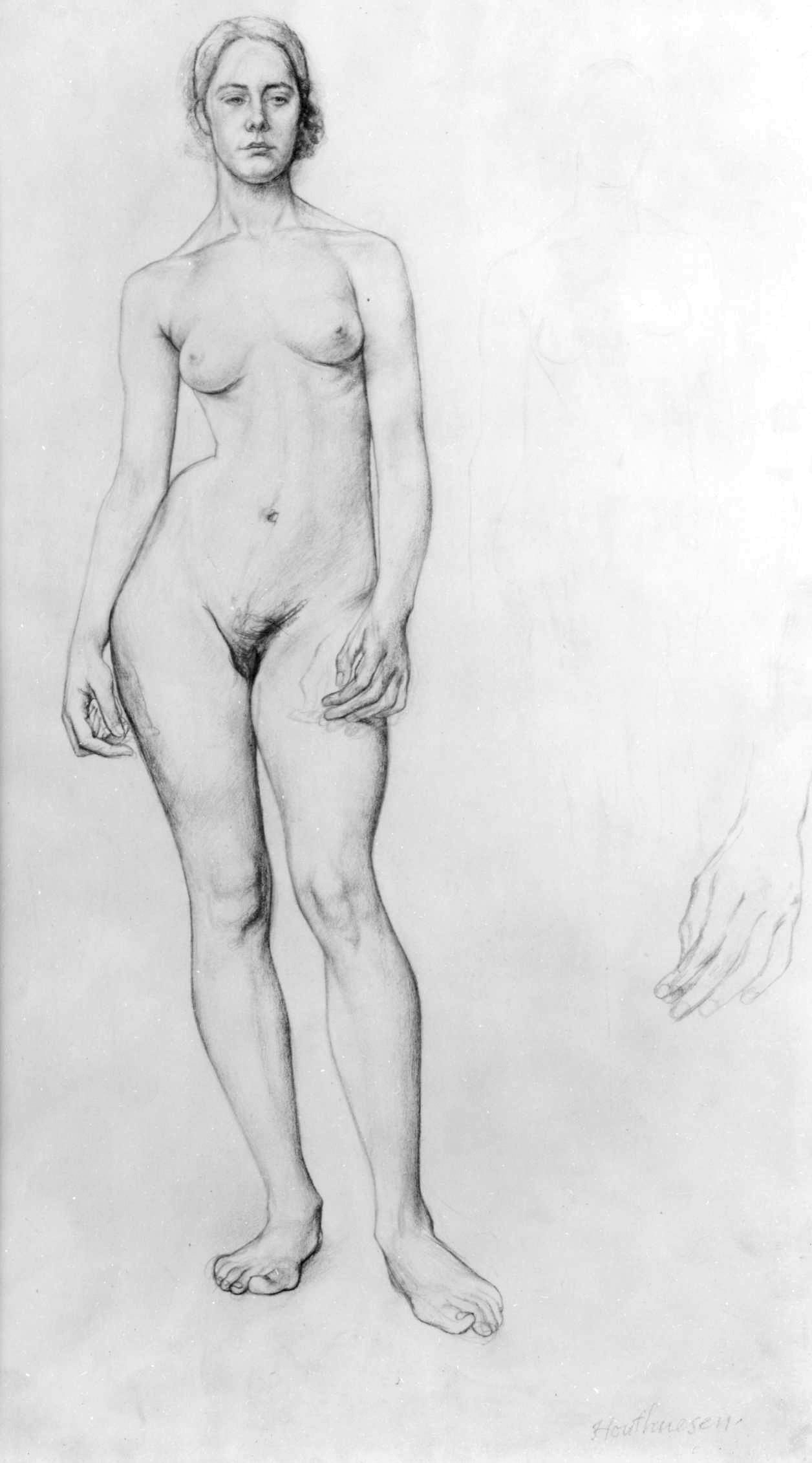 Today, drawing from life is considered to be nothing. I would say it’s very important because it does make one look. And ever since that fi rst looking, it becomes a habit. One never sees such a thing as a dull form. It’s impossible after this first close examination. Forms are all amazing. It’s always, one hopes, an intense examination, even if the drawings are bad.

It sounds odd, but I wasn’t very attracted to the head of this particular girl. It is a stupid thing to say. I ought to have been able to make something fine of it. There was something rather unhappy about the girl too.

*Drawn from a plaster cast of the Desiderio da Settignano marble in the Bargello Museum, Florence