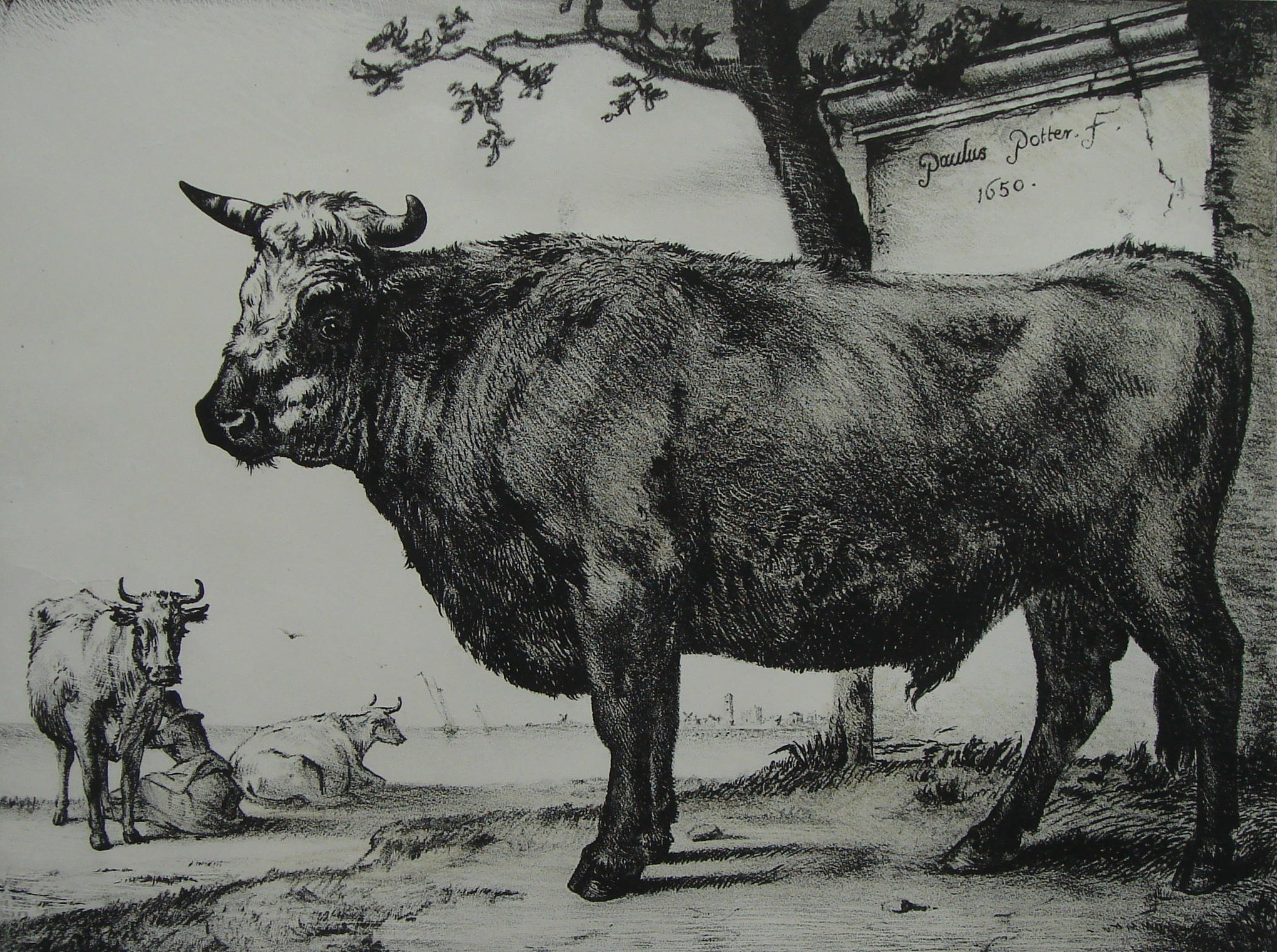 I had to be at the Royal College of Art at nine o’clock. It was a hell of a business getting a breakfast out of Mama. It was far more important to get the boarders off than me.  Nearly every morning, as I was about to leave, she would faint. I thought this fainting was real, so the morning would be ruined and I would arrive at one o’clock. It was simply Mama’s battle against my painting at all.

Finally I was hauled over the coals and called before Hubert Wellington, the chief registrar of the College. He asked me to explain what was happening. I was very reluctant to do so. Anyway I had to tell him about these ghastly scenes. And Wellington told Professor Rothenstein, as he then was, who invited me to his house. I stayed with the Rothensteins for something over a month to give me a break from things at home. And of course allthat was wrong too, because I had to call home and then there were terrible scenes.

Rothenstein was a fantastic man in that he was known to and by everyone who was famous. And his was an open house. I can remember the first time I walked into that house. The maid opened the door. I gave her my name and she walked down the corridor in front of me and knocked on the door to go into the room. As this happened, I saw to the right of this door a wonderful little drawing by Rodin of a rather Michelangelesque figure crouching. And as the door opened, I saw this inscription ‘A mon ami Rothenstein – Rodin’. 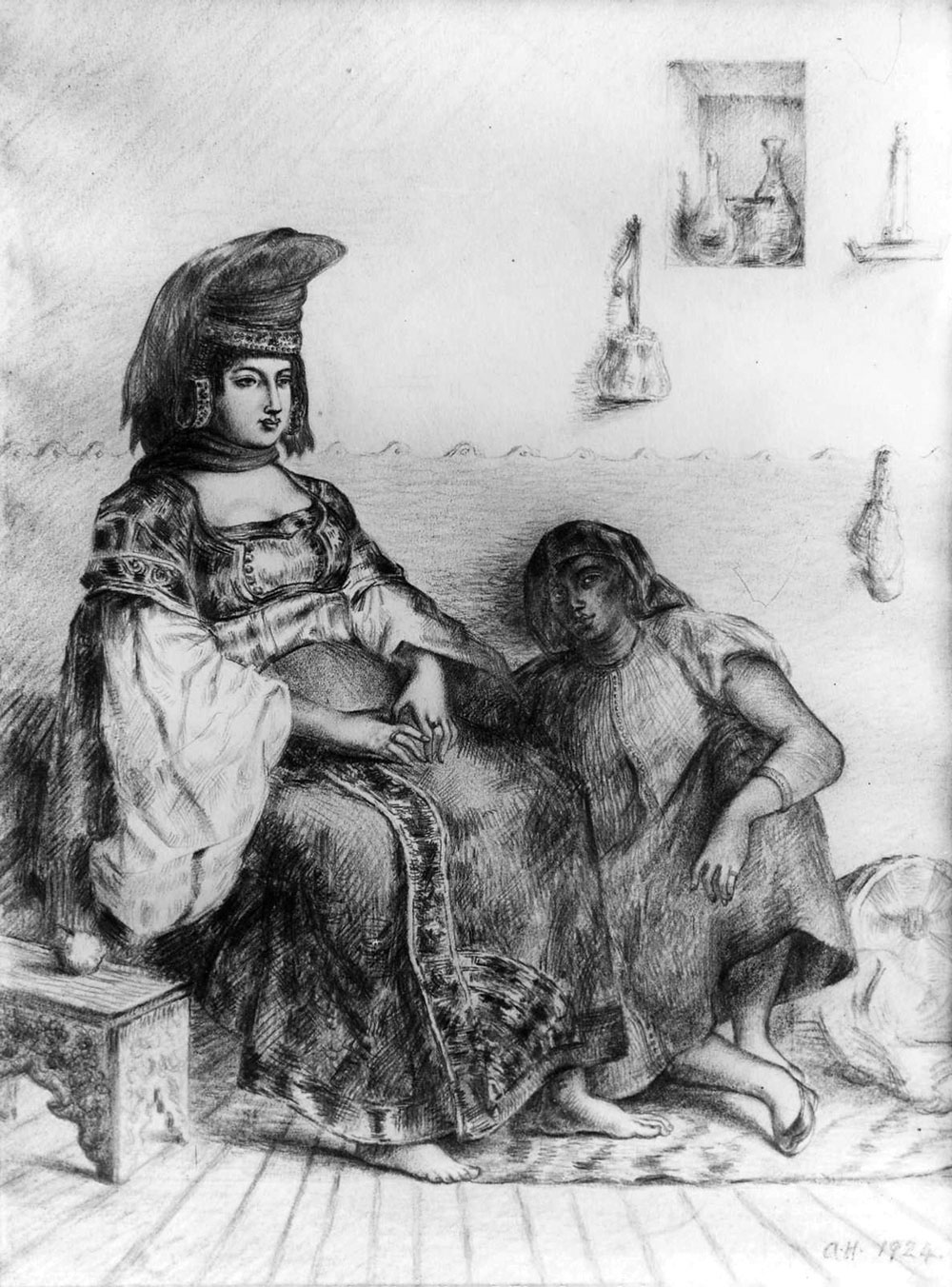 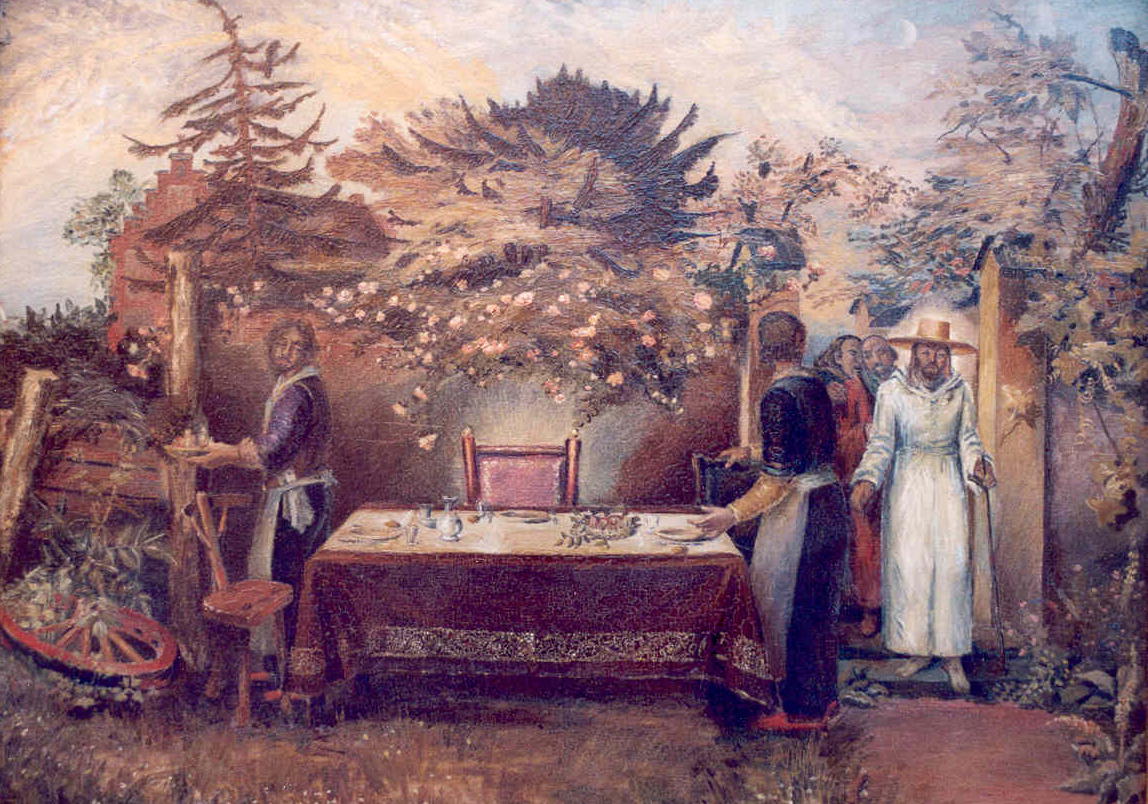 For once I had to be at College and for one week I didn’t care a damn whether or not Mother fainted. I was locked up in a little cubicle, as we all were, and left alone. That was why this was painted. And it is the only thing, other than those drawings, that comes out of my college years. I’m only sorry I couldn’t have purchased a decent canvas for myself. It was poor quality board and cheap student paints. But one tried to make something of it.

There were two subjects for this diploma ‘Supper at Emmaus’ and ‘Charity’. But I’d already had my boots given to me. This mysterious walk back from the grave is an amazing subject. I couldn’t have imagined a more marvellous subject. At that time everyone spoke always of colour; and through sheer perversity, I used browns instead of greens, although I know this was painted in summer time.

I started painting straight away on this panel. I didn’t draw anything.  I didn’t make studies. I didn’t square anything up. You see the thing and you paint it. It isn’t in any sense a literal translation. I didn’t think about Jerusalem or the Walk to Emmaus. This is Keats’s Grove which by then had all become overgrown. These are the walls and trees that I saw there. The Dutch house, the sea that I knew.

These three are going to sit at this table. And whilst I was painting, I thought ‘This chair knows it is going to receive Christ and so it glows with a halo’. I don’t really like talking about it but I think that this is filled with the idea of a man who has come back from the grave. If you think of the immense robustness of some of the Italian paintings, this man has been crushed and he feels his way, just as these two discuss whether it can be the Master. And this table suggests an alter.

When one talks about philosophy in relation for instance to a picture like this, I think that every picture you make,every drawing you make, is a self-portrait. If they have anything in them at all, anything real, they must reflect something that comes from within.

All sorts of things were said about this picture. Arthur Simmonds, a Cotswold sculptor and puppeteer, a kind man, looked at it and said ‘You see the light you have on this head. Well, with the light falling from this angle, this moon should be round the other way’. A fellow student at once said to me ‘How have you worked out the perspective of those table legs? If it were right, then that back leg wouldn’t be visible’. But to me it was more important to make the perspective wrong for the sake of this piece of design. Afterwards, one saw this in picture after picture, the really great ones.

I went to College absolutely thankful to have the chance to be able to work. But what I needed was imaginative instruction. By that I mean you get more out of a student by giving him every possible encouragement you can. It’s a very subtle business. One was criticized whereas life itself was a desperate enough struggle. I’m talking about this in quite a general way. It’s a very simple and natural situation. Artists to be any good must be inspired by some sort of fervour, whereas at College there was a flatness in the teaching.

Had it been possible, I would undoubtedly have worked on my own. All one wants is a small private income, a roof and even two meals a day, because what you learn on your own and through oneself is really learnt. A great deal of teaching can only be something which is not in true accord with oneself. 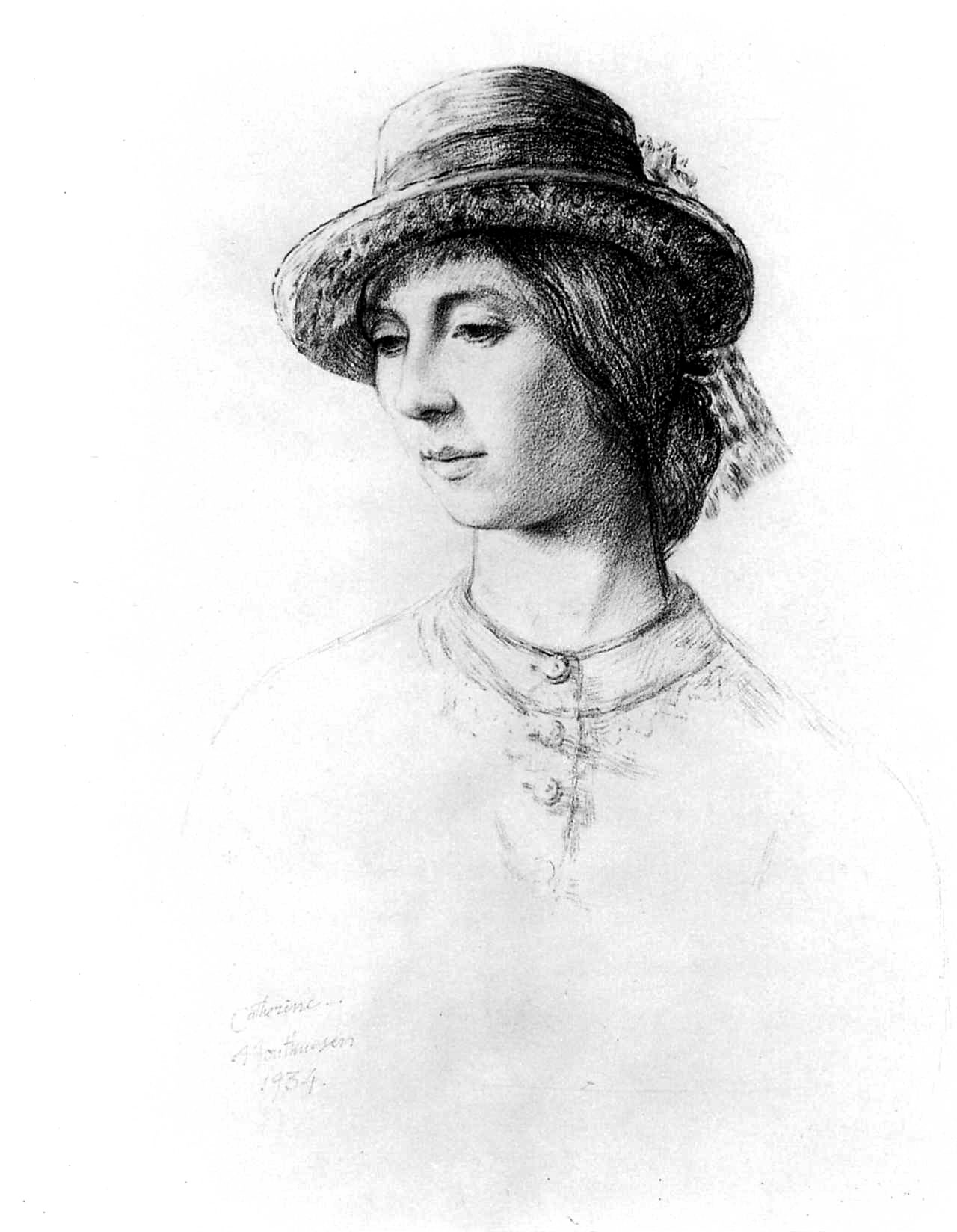 The first time I saw Albert I was walking to the Common room for my lunch. And coming in the opposite direction, was this extraordinary, tense, wild, red-faced, furious -looking young man with a spotless white shirt, no collar or tie, but I think a little stud at the neck; and in a black suit with white stripes. I thought what a man. What a good-looking man.

I didn’t see Kate there. The first time I ever saw Kate was on almost the last day at College when I was smugly congratulating myself on escaping the fate that most of my friends and companions had met with because they were all going to be engaged to girls at College. I was walking through a class room and I saw this quiet girl sitting alone and drawing.

Albert made this drawing of me from sittings before and after we were married. I remember his saying, half-jokingly, that if we did marry there’d be nothing but hardship for us. We both laughed about it but it was a very awful thing to say and we both knew that it would be true.