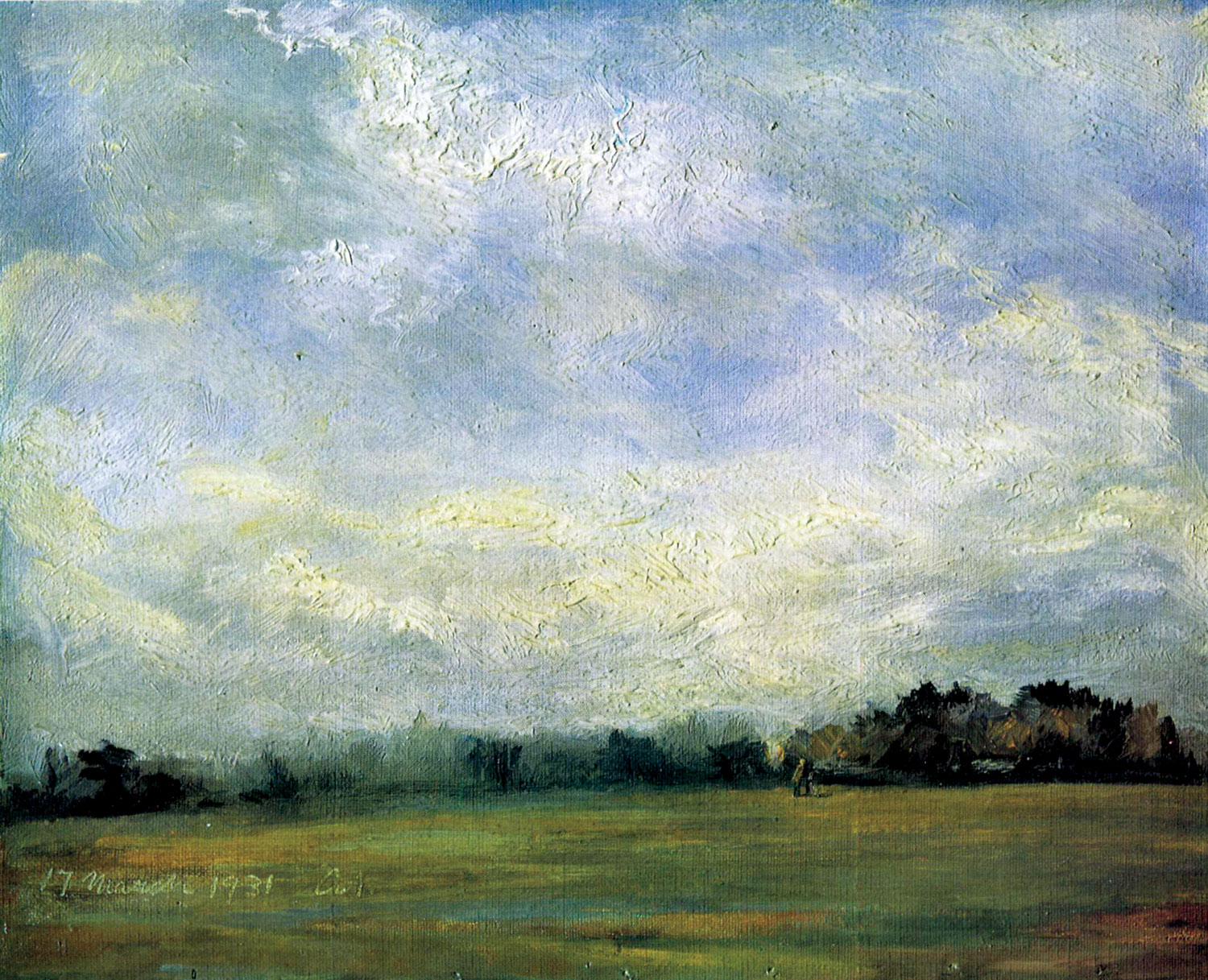 The one blessing when we left Amsterdam was that we fell into London; and Hampstead Heath became my countryside. It was a great, great blessing that I should have walked upon that marvellous piece of land.

I loved those streets that went off the Heath – Downshire Hill and Keats Grove where that extraordinary young man was living and writing those things. And gradually, gradually into the Vale of Health and up to the White Stone Pond. It is fantastic how clearly one had the feeling of Constable being there. And amazing to think of him wandering around the Heath. On that ground were painted some of the most marvellous paintings painted anywhere in this whole world – paintings fit to hang with the Rembrandts and the Michelangelos. An absolute genius. It is the incredible portrait he gave of where he was. It’s a portrait of the English skies, of English lanes and fields. The portrait even of half an hour of some blustery day. I’ve always adored that particular and curious English genius that is Constable and Cotman, Girtin and Cozens. Terribly moving. A perfectly natural reflection of Nature. 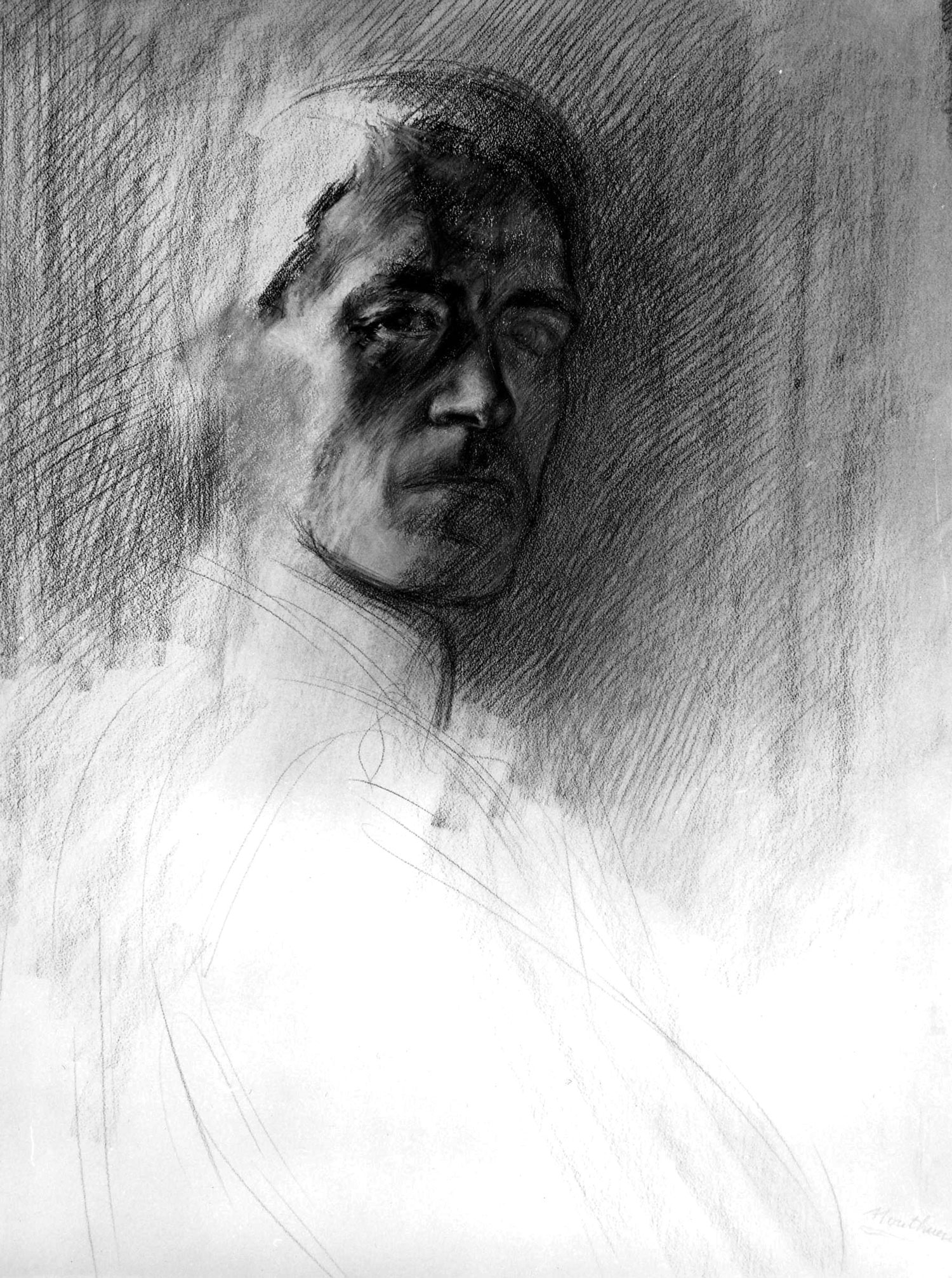 My ancestry is mixed. It is half Dutch, a quarter French and a soupcon of Scotch. When I meet Hollanders and French people, I feel absolutely at home with them and with the sound of their languages, although alas I can’t grasp them as I should – not by a long chalk. If we had remained in Amsterdam, it would have been impossible not to have gone to Paris. And if I could have travelled, I would have been freer earlier on. There is no doubt about it that with the youngster who went to Paris and had remarkable youngsters around him, they all struck sparks from each other. Paris must have been a wonderful place for the young Picasso and Chagall. And in relation to that, London was a very much more isolated place. But today, it isn’t that any longer. It’s an incredible thing to think that I’ve seen more and greater theatre, heard more music and seen more pictures and sculpture that a Rembrandt or a Hals. Compared to a young modern painter, Hals would only have seen very little. But what he saw went very deep.

I made many street drawings at this time. It was simply ghastly. There I was, a married man, quite unable to earn a living as a painter. I would have mad ideas thinking that perhaps if I walked about the streets drawing London types, I could find free models and also earn some money. Sometimes people would be amused and come and look at the drawings and at me. Sometimes they were very angry – apparently because having the time to stand and draw instead of earning a living, I was far better off than they were.

But you can’t walk down the street, see thirty people, and say this one is worth drawing and this one isn’t. I can’t. To me they are all worthy. The only thing you have to avoid is a punch on the nose. Many of those drawings are of ‘out of work’ men and were made around Camden Town. In a sense they begin with the ‘Stale Bread Queue’ and when I myself was drawing the dole.

Now that I look back, these drawings interest me because they remind me of what one wanted to do, hoped to do, and was actually going through. My misery was much like the‘Out of work’ men I drew, only I had a mighty desire and longing to draw and paint.