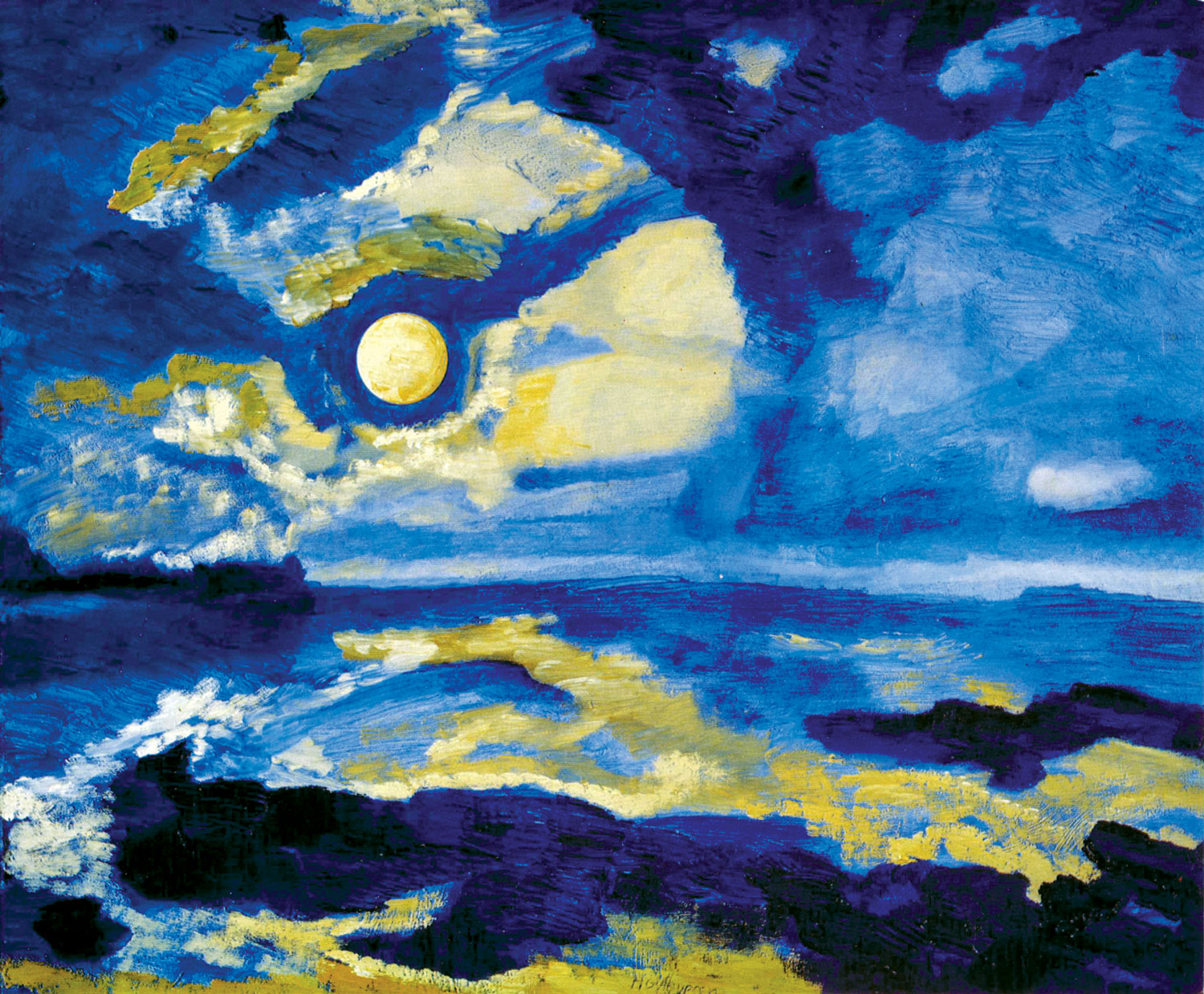 Today, for many artists, it’s ‘out’ to be interested in these things. Going to the moon for instance – this incredible thing that has happened in our time – doesn’t make the Bible any less wonderful. If anything, it makes it more marvellous. Just as people now say that the romance has gone out of the moon. I saw it the other night, huge over the roofs. Very low, very pale. To me it still looks absolutely astounding. Men have walked on it. But the mystery has remained.

In relation to my ideas as a youngster about the melancholy and solitude of the monks, I really did understand – and I learnt this through seeing pictures of St Jerome, not through literature – why certain men in the past hid themselves away in dark corners with very large, thick books. I thought it was by far the best thing to do. And if I imagined anything like that, then I thought of a largish bare room where somehow I could live painting, almost without eating or drinking. Drawing and painting is a religion if you give your heart and soul to it. 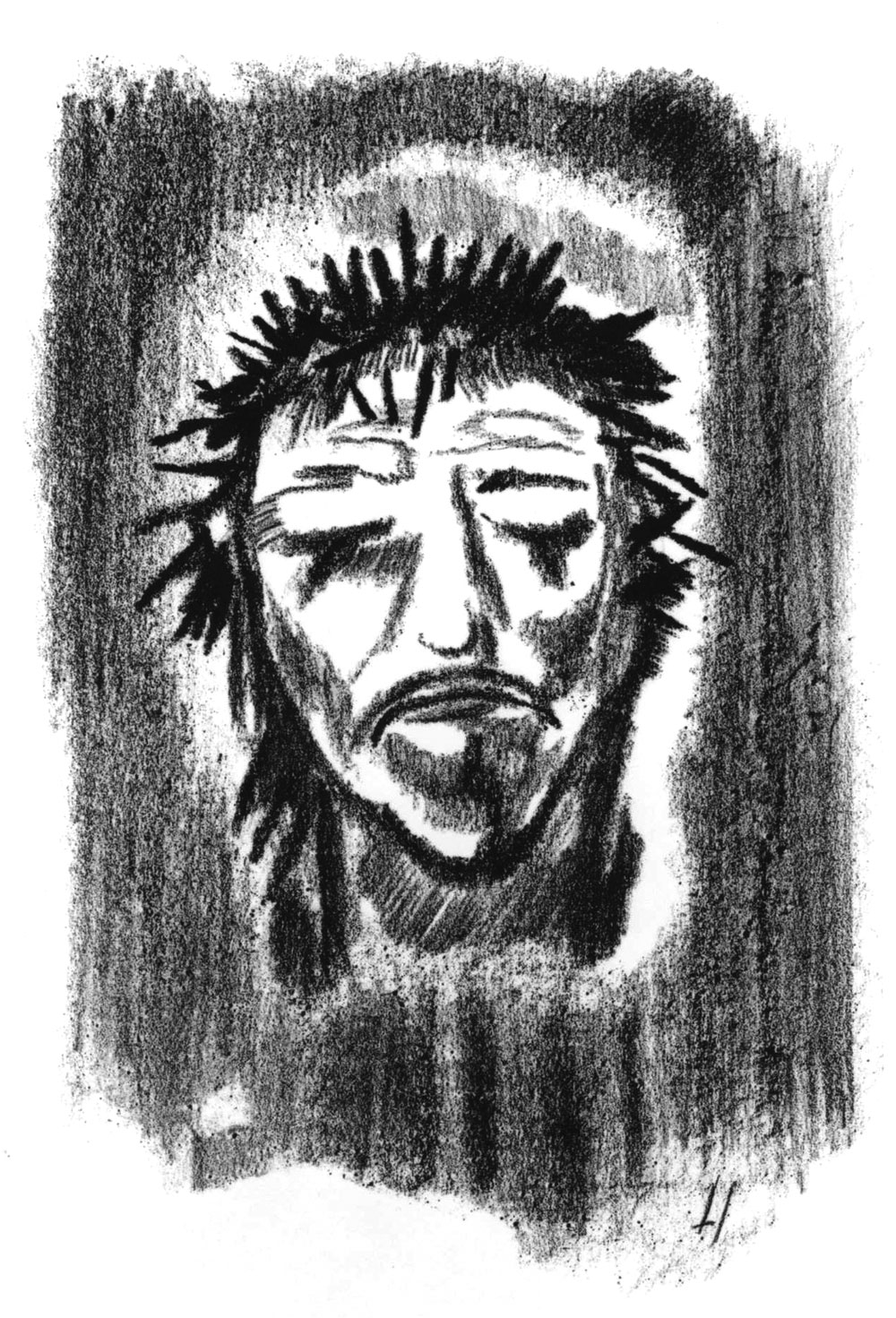 Christ is absolutely real to me. It is his philosophy on how one should behave that has impressed and, I should like to think, influenced me. Most artists are inspired by him. Christ was a great spiritual teacher; about that there is no doubt. And the people who argue against his teaching are like people who are groaning and dying of thirst; and simply won’t turn to the jar of water that is to hand.

Think of the power of not writing a line. Christ just talked to people. The written word is already a second or third-hand thing, but so powerful that this incredible, marvellously humane religion is based on Him. It doesn’t come from one man. Christ received it from the synagogues and from the people before him. As a teacher he was a genius. He hits the nail on the head. But in a sense, this is a quality which even supreme artists have. Christ speaks. He didn’t do more than speak terrific sense. With Socrates it is the same. He spoke the truth as he saw it.

I think the secret is that some men and women are born with an intense imagination. And this imaginative power gives their thinking great clarity. That is why their thoughts carry on and on and become a universal thing, of all time and for all time. 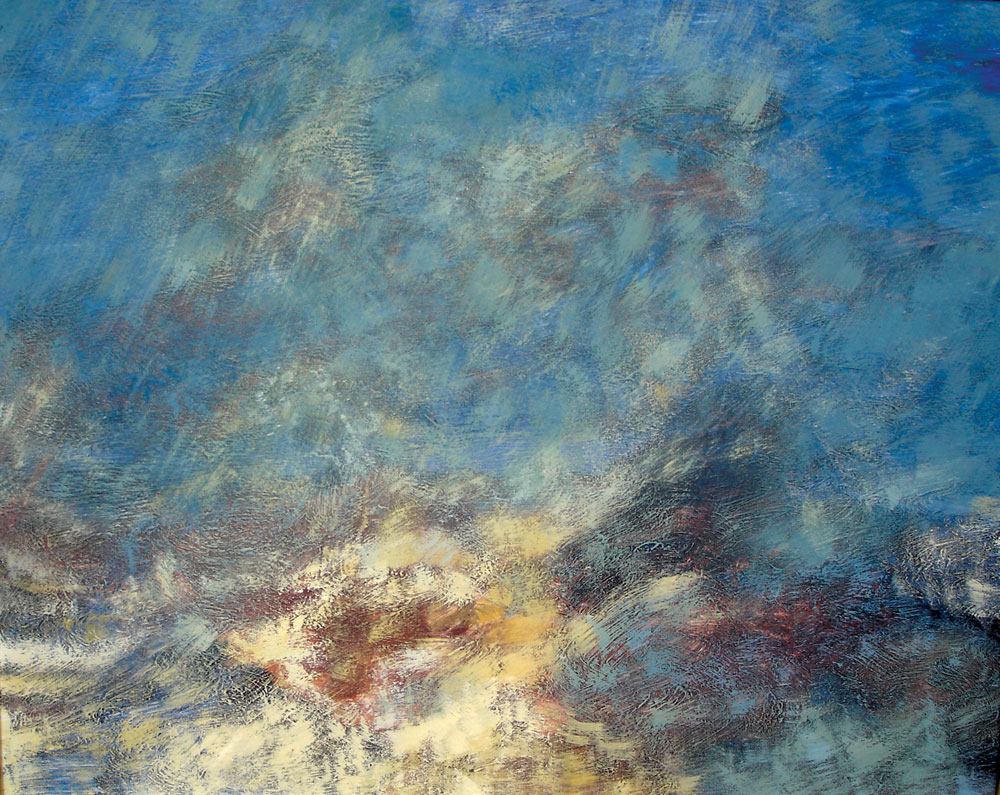 When I speak of freedom in painting, I don’t mean that a painter can say ‘Now, I’m going to take a big brush and smack some marvellous paint on.’ That alone is an absolute delight. I can’t tell you how many modern, abstract pictures I paint when I start a canvas. I take a white or a red canvas, and I begin with broad masses of colour; and I think to myself, ‘God, this is beautiful.’ But to me, its beauty only goes to a certain point. By itself, it hasn’t enough content. Look at a late Constable, for instance The Leaping Horse. It looks as if the paint has been thrown on – just as much thrown on as Jackson Pollock. But compared to Constable, Jackson Pollock, for me, has little meaning or cohesion. I believe Pollock’s work is genuine; and this question is all only in relation to the sensibility of a man. Turner was absolutely reckless in those late pictures. But behind that recklessness is a far greater sensibility and concentration

To me, Constable’s Leaping Horse is a miraculous picture. And this meansthat he at once knew quite clearly what he was doing; and yet was carried awayby some divine spark about which he could say nothing. 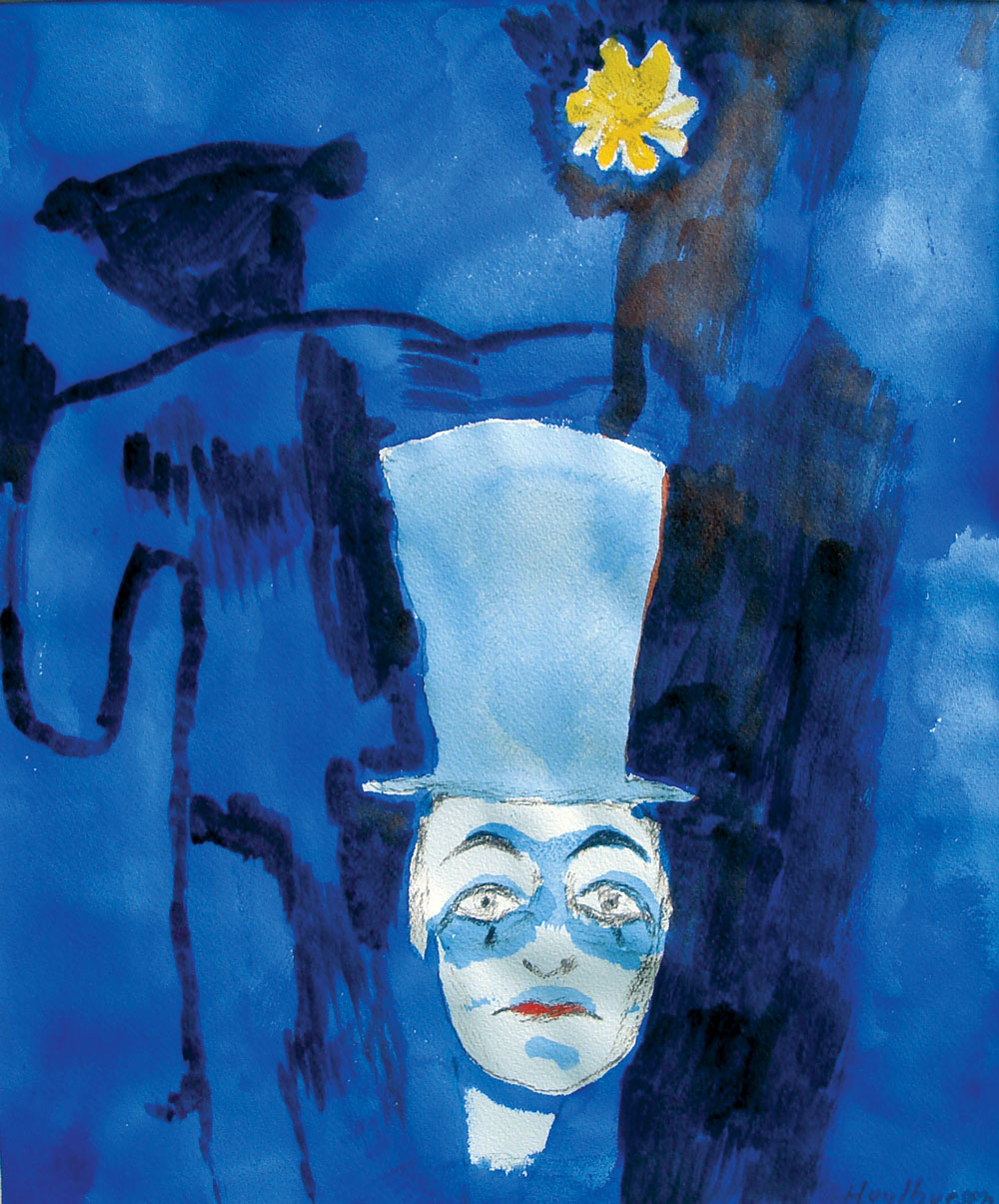 I think that anyone who clowns a great deal is the very one who, in another sense, thinks in a very serious way. It is a comment on despair. And you can see it with a Marcel Marceau or a Buziau. But for this the world would go completely mad.

I’ve made drawings of clowns and I’ve only scratched the surface. I would love to paint some large canvasses of these clowns – much richer than anything I’ve managed to say. One must paint as Marcel Marceau mimes. And I hope I can live to pay, in one’s way, a tribute. Marceau is remarkable. People are beginning to criticize him and it’s superficial criticism. They think he’s done it all before and so on. But that’s nonsense. He is trying to perfect what he is doing. And, as far as I’m concerned, he can go on doing these things and making them more perfect and more eloquent. That is what matters. 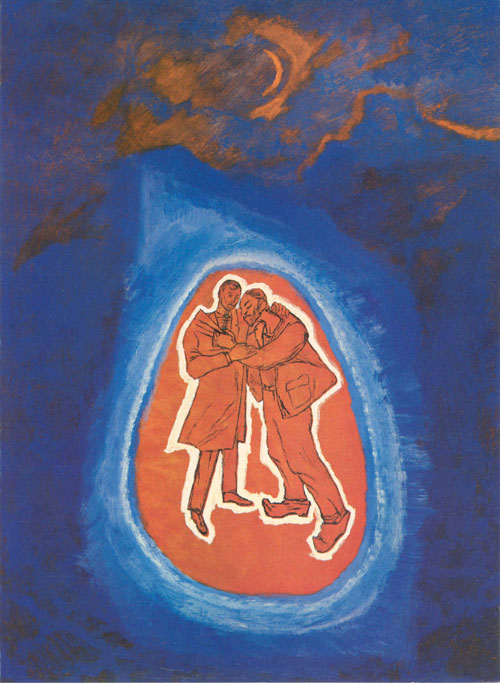 If one can imagine Rembrandt and Vincent meeting, I don’t think they would have spent much time together. But they would have embraced. They are both the most compassionate of men. And Vincent through his feeling for people and for the whole human situation is, to me, a modern Rembrandt. It is the same blood.

Certainly Vincent was a very emotional man but not so in the superficial sense. When Vincent paints he’s a classicist; and the designs are classical. And when he is well, he was absolutely all there. Because he suffered from epilepsy, he had to drive himself to work; and to get something done. Like every great man he had a lot to say, and his situation must have been terrible beyond belief. Thank God for Rembrandt, he didn’t have that.

And Rembrandt sparked from the very beginning as being someone different. Also one can see by the way he paints his mother and father and sister, that he’s really quite a happy young man. And the family are reasonably well off. Whereas Vincent was deeply troubled about being a terrible burden to Theo. That in itself was an agonising situation. All this was a tremendous strain upon Vincent. And sometimes one sees that in a way it damages certain pictures. But most of them shine through. From the beginning, one sees the intensity and sincerity of the man. And then gradually, the greater and greater freedom. He dies when he is thirty-seven, having done what he did in just over ten years.

There is no doubt that Van Gogh loved. But the terrible intensity of his character frightened women. They were terrified of this passionate man; and I can understand why. To them – and perhaps they were right – he was half-mad. Anybody who is as passionate about painting as he was must be. Certainly poor Vincent caughtit in the neck because of this – not because he didn’t want to lead a sane and normal life as a married man. He did and says so again and again. I think Vincent’s case was tragic. But I think Vincent being made as he was would, in any event, have had his own troubles. The inevitability of his life is like a Greek tragedy. It was his particular intensity that eventually made things impossible for him. He really did believe. And it is because of his belief and compassion that hiswork moves people so much. 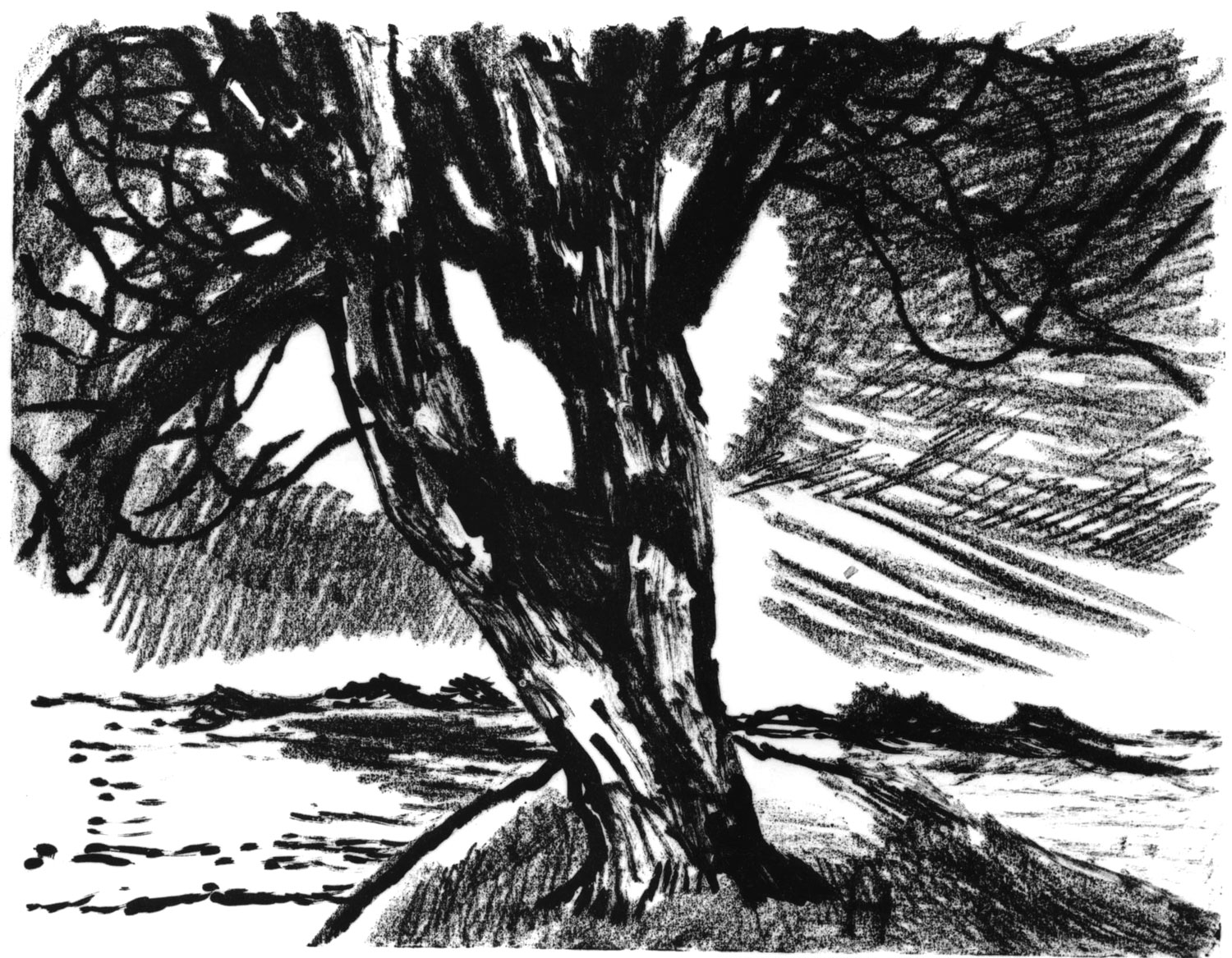 Just think of being able to sit in this little garden and over there is Ruskin Park. And a little way beyond is Dulwich Park. And if I get onto a bus, then in half-an-hour, I’m inside the National Gallery looking at a Velasquez or a Rembrandt that I was perhaps thinking about.

I still feel I haven’t really seen the master-pieces in the National Gallery and in the Victoria and Albert. They are all treasure troves to be found. I have looked many times, but I’ve only looked superficially. If I think of the Greek vases in the British Museum, I couldn’t say I really knew them. And I can still walk through London an absolute stranger. For me, travel is a time-waster, but since I can’t do it, I suppose I put up this defence. However I would far prefer to really know my own back-garden than make a quick tour of Italy – to really get to know this mulberry tree which I look at everyday and still don’t begin to understand. Look at this rose which I still can’t begin to paint. The more I look at it, the more amazing it becomes.

There would be no point in my now travelling three times round the world or going off to the South Pole. By the way, look at this paper-napkin which I’ve twisted. It’s just like an iceberg. Or an Arab. Or the torn-up root of an old tree. 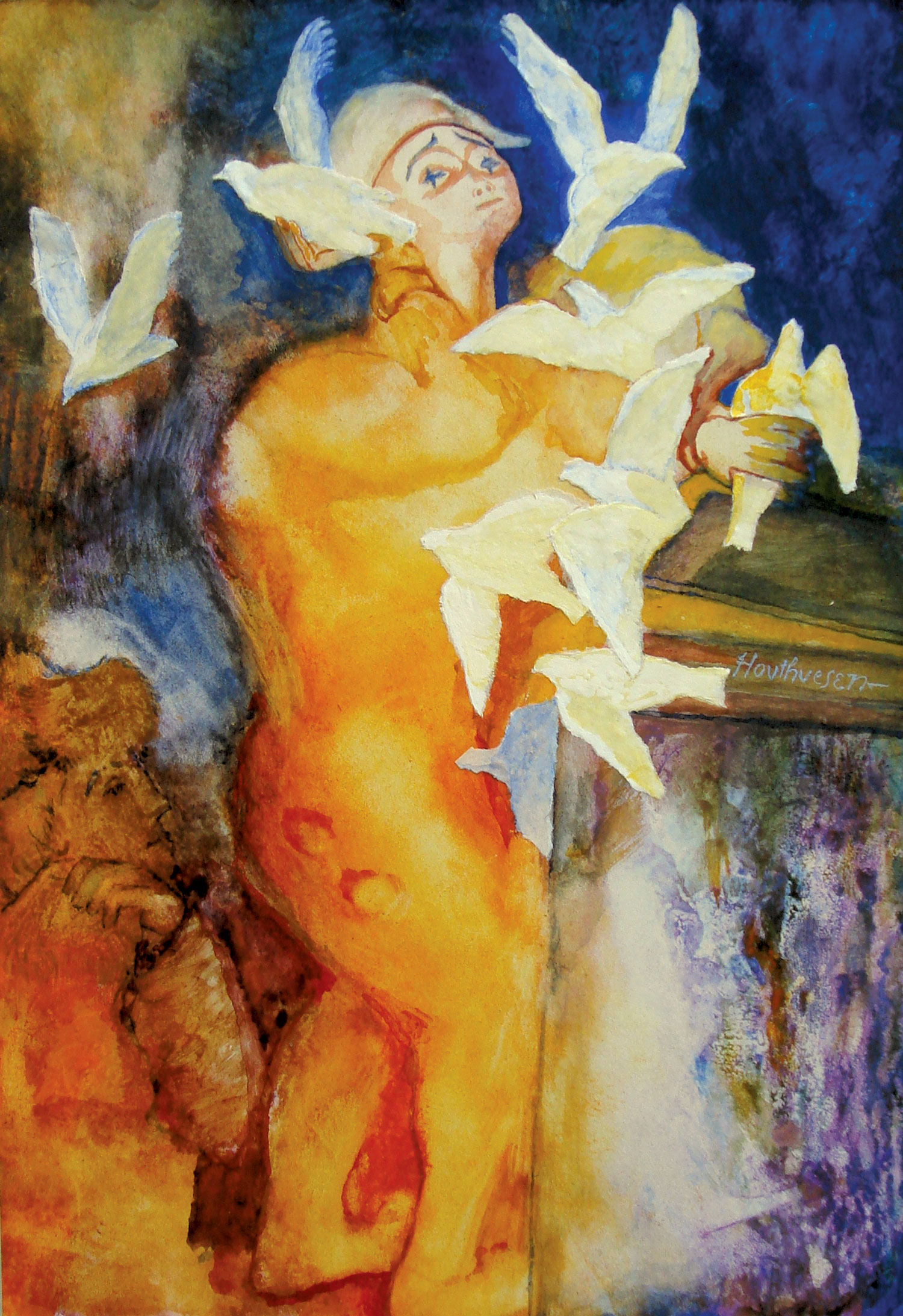 Aren’t we past the shortest day? Yes we are. Every day is another couple of minutes’ daylight. It’s marvellous. Spring is on the way, my dear Richard. In a week or so, you will see the trees covered with a haze of green. It is always such a miracle to me. But Nature doesn’t stop and think about this. It is there all the time, growing and growing. You look out of this window, and see very young pigeons who have just fallen out of the nest. And you can’t so much as go by before you see the same birds become rather more aggressive amongst each other; and begin to spread their wings.

Every painter knows what he has done. But the diffi cult thing about life is that you are not yourself until you are your own father. In spite of whatever Fate holds in store, you must stand on your own two feet. Not until that time do you fully become yourself; or are you able to express the potential that is within you, however humbly. One has an absolute duty to do one’s best. But no artist can go beyond what he can do. He can only work with the greatest love he has.

A person’s development is a very long and mysterious process. Very, very gradually, through wisdom and experience, you become freer. You can’t pinpoint a particular stage of development. You weep more. You laugh more. You are older. And somehow you have changed. I don’t think a painter is anything other than an instrument; and how he does it he cannot really explain. The brush in your hand takes over and you don’t even know you’re painting.

Anyone who is concerned with doing a thing as well as it can be done, during this brief vale of tears, is perhaps saved many temptations. This is because of an absolute value. People can be marvellously articulate about a philosophical idea. A profound religion can be split into many facets. But finally it all comes down to being as reasonable as one can. And to doing the job as well as one can, in everything.

My work is a world only touched. And to carry on is far more important than anything else. I feel this is the beginning of other things, another sort of happiness. My drawings and paintings are all steps and I don’t go back on them. They are part of one’s restrictions and part of one’s little gift. They are absolutely part of you because with every step you take, you don’t think about believing in it, you do believe in it. Yet I should like to paint things which are so rich and intense that they will annihilate what has gone before.

One can only paint anything at all, whatever the subject, through knowing it. And one must love it and be moved more than one can say; and certainly more than I care to talk about. In a sense nothing in art can be explained. And the only talking that is worth talking is drawing and painting. The irony is to be well enough just to live long enough. 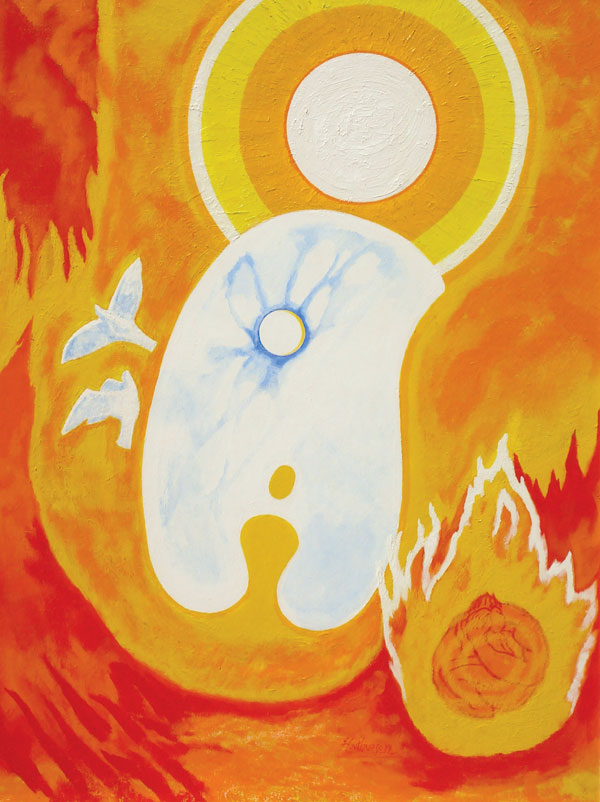